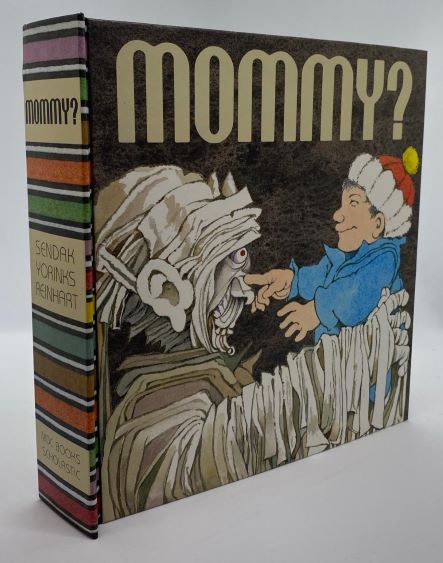 They're all here! Everybody's favorite monsters are just going about their business when a plucky little boy wanders into their cuckoo house. And what does he want? He wants Mommy! No matter how scary these monsters are, there's no besting a little boy who's looking for his mommy. In one hilarious pop-up extravaganza after another, this kid shows them a thing or two.

Arthur Yorinks was born in Roslyn, New York on August 21, 1953. As a child, he was exposed to an eclectic assortment of the arts including symphonies and art galleries in New York City, comic books, and 19th-century novels. He has written over 30 children's books including Hey, Al, winner of the 1987 Caldecott award; Louis the Fish, a Reading Rainbow main selection; Bravo Minski; Oh, Brother; and Company's Coming. He has also written opera librettos, ballets, plays and film scripts. He and children's author Maurice Sendak co-founded The Night Kitchen, a new theater company.

Maurice Bernard Sendak was born on June 10, 1928 in Brooklyn, New York, the youngest of three children. His parents were Polish Jews who had come to the United States before the start of World War I. His first professional job as an illustrator (while he was still in high school) involved adapting the "Mutt and Jeff" newspaper comic strip to a comic book format.