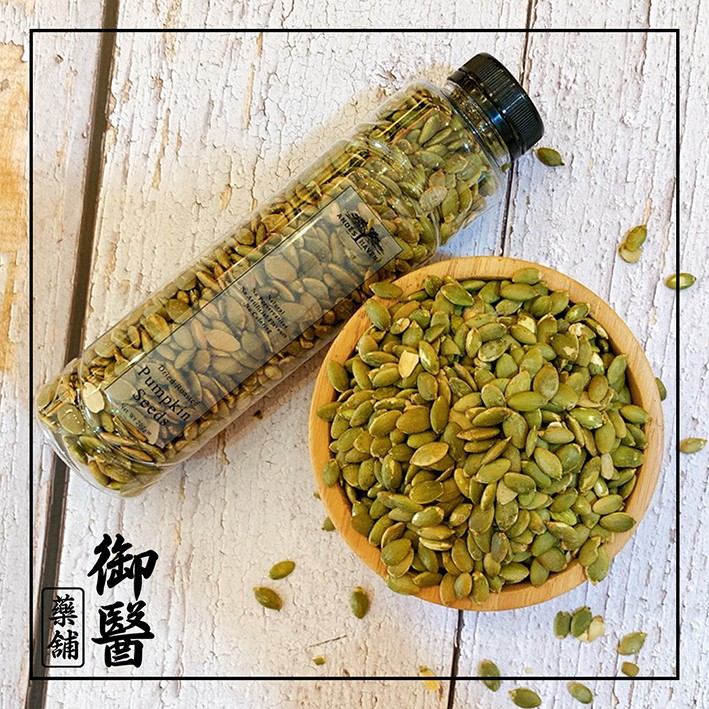 Expiry Date: Between 9 to 15 months

A pumpkin seed, also known in North America as a pepita (from the Mexican Spanish: pepita de calabaza, "little seed of squash"), is the edible seed of a pumpkin or certain other cultivars of squash. The seeds are typically flat and asymmetrically oval, have a white outer husk, and are light green in color after the husk is removed. Some cultivars are huskless, and are grown only for their edible seed. The seeds are nutrient- and calorie-rich, with especially high content of fat (particularly linoleic acid and oleic acid), protein, dietary fiber, and numerous micronutrients. Pumpkin seed can refer either to the hulled kernel or unhulled whole seed, and most commonly refers to the roasted end product used as a snack.