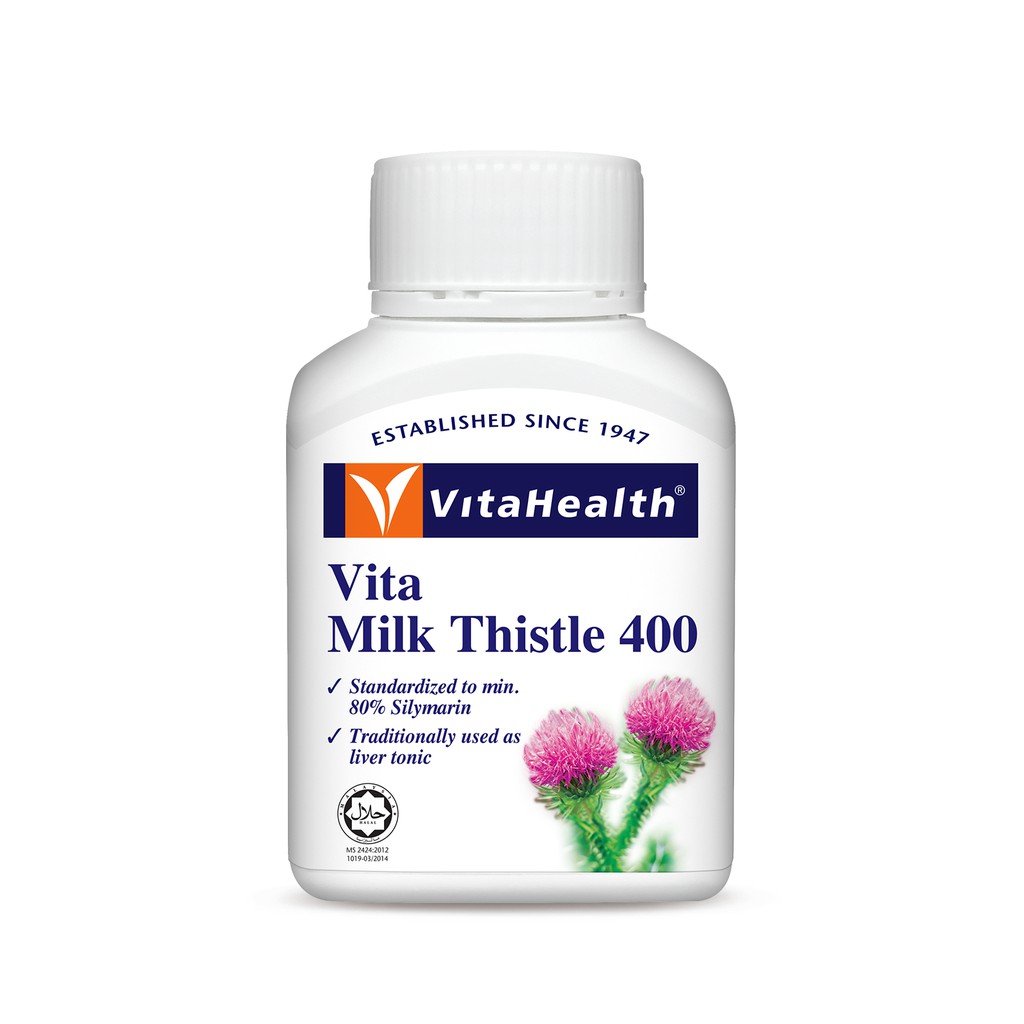 VitaHealth Vita Milk Thistle 400 is formulated with a standardized extract of milk thistle. Milk thistle has been used for centuries as a liver-tonic herb. It has been shown to maintain healthy liver functions, protect the liver against toxins, as well as promote the regeneration of liver cells. Silymarin, the most biologically active compound found in milk thistle seed, is an antioxidant flavonoid complex that helps protect the liver cells from free-radical damage. Milk thistle also supports the proper functions of the gallbladder. Shipping charges is applicable for this product.

Product Description Milk thistle, a plant belonging to the same family as daisies, is native to the Mediterranean regions and grows in Europe, North America, South America, and Australia. The ripe seeds are used to make herbal remedies. Milk thistle has been used for 2,000 years as an herbal remedy for a variety of ailments, particularly liver, kidney, and gall bladder problems. Several scientific studies suggest that substances in milk thistle (especially a flavonoid called silymarin) protect the liver from toxins, including certain drugs such as acetaminophen (Tylenol), which can cause liver damage in high doses. Silymarin has antioxidant and anti-inflammatory properties, and it may help the liver repair itself by growing new cells. They contain the antioxidant silymarin, which is thought to be responsible for milk thistleu2019s helpful effects. Ingredients 80% Silymarin 400mg Functions

VitaHealth Vita Milk Thistle 400 is a liver tonic supplement comprising a standardized extract of milk thistle Silymarin is an antioxidant flavonoid complex (silybin, silydianin and silychristin), the most biologically active compound found in milk thistle seed, to exert protective effect on the liver As a traditional liver tonic herb, milk thistle has been shown to maintain liver function, protect the liver against toxins, while encouraging regeneration of damaged liver cells In addition, milk thistle has powerful antioxidant properties and can help to block harmful free radicals from attacking liver cells