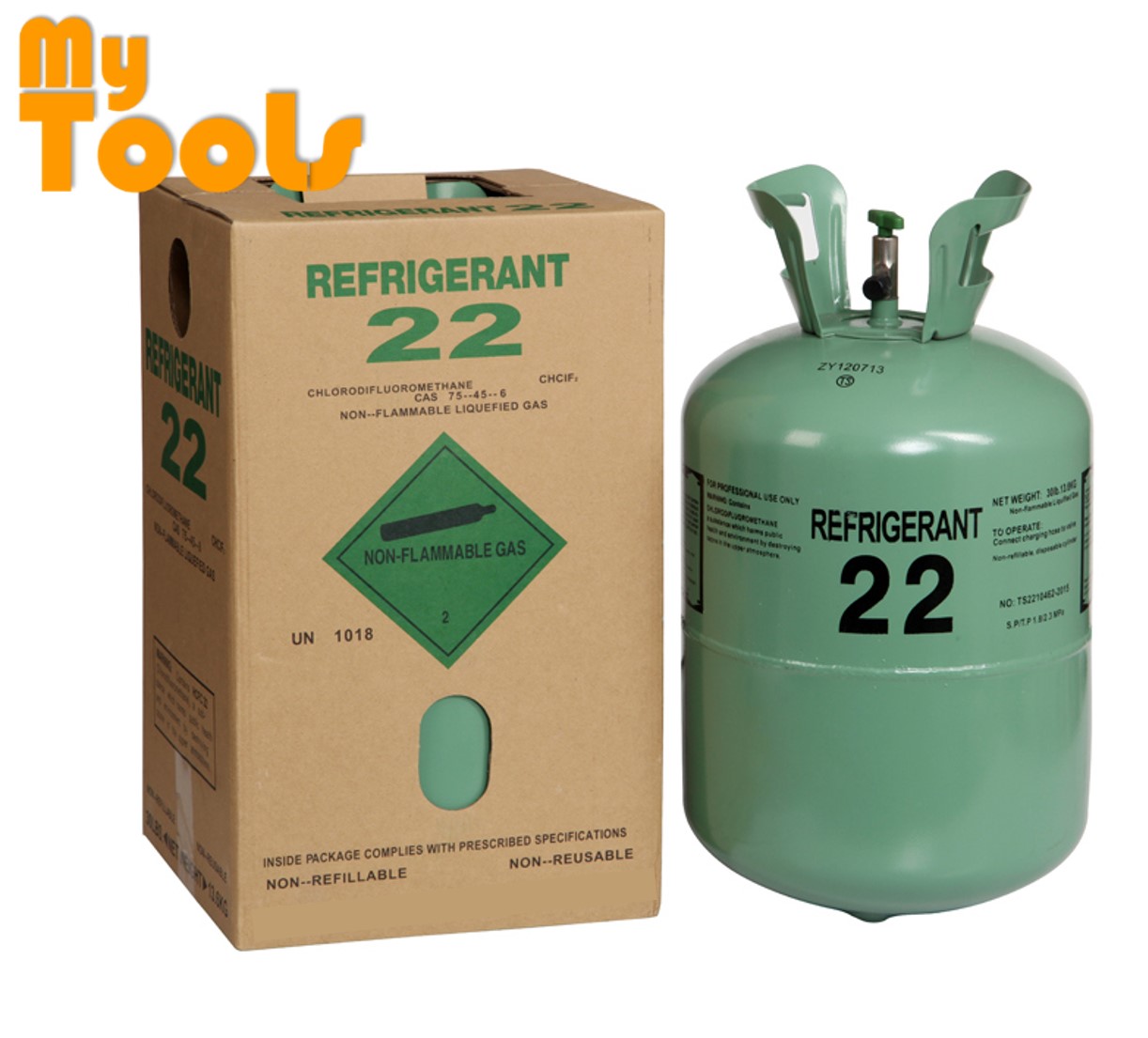 The applications of R22 are being phased out in developed countries due to the compound's ozone depletion potential (ODP) and high global warming potential (GWP), although global use of R-22 continues to increase because of high demand in developing countries. R-22 is a versatile intermediate in industrial organofluorine chemistry, e.g. as a precursor to tetrafluoroethylene. R-22 cylinders are colored light green.
UN Code 1018
CAS Code 75-45-6