A Messed Up Mind 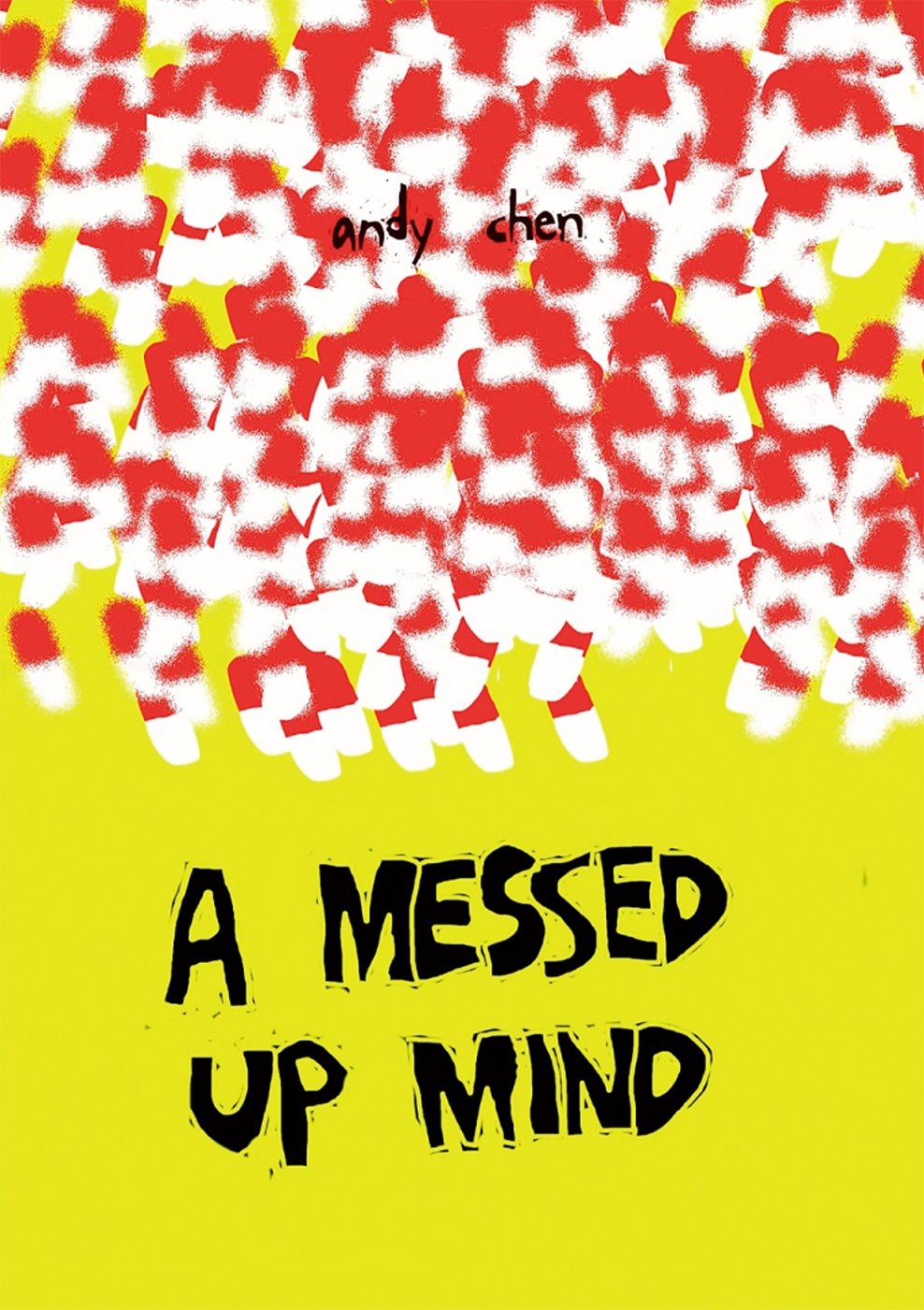 A mind full of messed up stuff isn’t as strange as one may think.
本書重組一般人對「精神失常」的概念。

◎This isn’t a novel. This is a collection of random stuff. Well, ‘random stuff’? Dive in to find out.
獨創「非小說」體裁，翻翻看，真的只有「對話」及「詩篇」！
◎The characters are anonymous, and the narrator is absent. So time to stimulate your imagination, and enjoy the bizarre ride.
沒有人名的對話，刺激讀者的想像，邀您共遊奇異之旅。

This is the fourth book by Taiwanese teenage author Andy Chen, and unlike his previous works, there are many changes.

The rap lyrics sections in this book exist only in print and never in audio form, so the flows of the lyrics are up to the reader to decide-if readers want to spit the lyrics.

Random Disclaimer: The lyrics may contain offensive language and content (though neither frequent nor excessive). So better keep your kid away. If readers want to rap them out loud, don’t spit the lyrics at the wrong occasion. Don’t write any bit of them in the form of graffiti either. In general, don’t do anything that may cause repercussions, repercussions that has something to do with the lyrics.

If anyone gets in trouble because of reading the lyrics out loud at an inappropriate occasion; writing them in graffiti or committing any kind of potentially bad action that’s lyrics-associated, the author is not responsible. Possible readers, it’s made clear. So be cautious and do not blame the author if anything bad happens.

The book is the author’s first adult-oriented work to date, so listen up kids: Hands away from the book. Capiche?

The book is mostly inspired by the author’s life himself and rap songs ranging from the late ‘90’s to the modern ones. Themes in the book include rebellion, suicide, addiction, depression and inequity.

Dialogue is a prominent medium of storytelling throughout the book. The narrator, however, is almost entirely absent. Characters’ names are hardly shown or revealed. There are several non-human characters.

Notice： The book is pretty weird. Here are five examples of the book’s short stories：
1. Two polar bears entering a heated argument which soon escalates into a fight and things get worse when a human gets caught in the midst of it.
2. A porn-addicted slob is sleeping calmly, but gets awakened by a ghostly voice. The slob soon finds out that the owner of the voice is-predictably, a ghost. Or is it something more?
3. A dumb kid forces his younger brother to snort white powder with him. The younger brother tries to decline, yet eventually snorts a lot of white powder.
4. Two girls tried to take pictures of themselves with a celebrity, who both the girls are obsessed with. One girl wants a photo of herself with her idol. Turns out, she doesn’t get the photo she wanted, which the other girl laughed at her for. Stuff gets heated.
5. Two friends found out that their house is vandalized by an unsanitary, violent, deranged person. The psycho gets into a vicious fight against the two friends.

Andy Chen（陳立恩）is a seventeen year old senior high school student. He taught himself English generally at a young age and has interest in making works using the English medium. He has many handwritten, illustrated, amateur, non-published works, mostly wrote around the age of seven to ten.