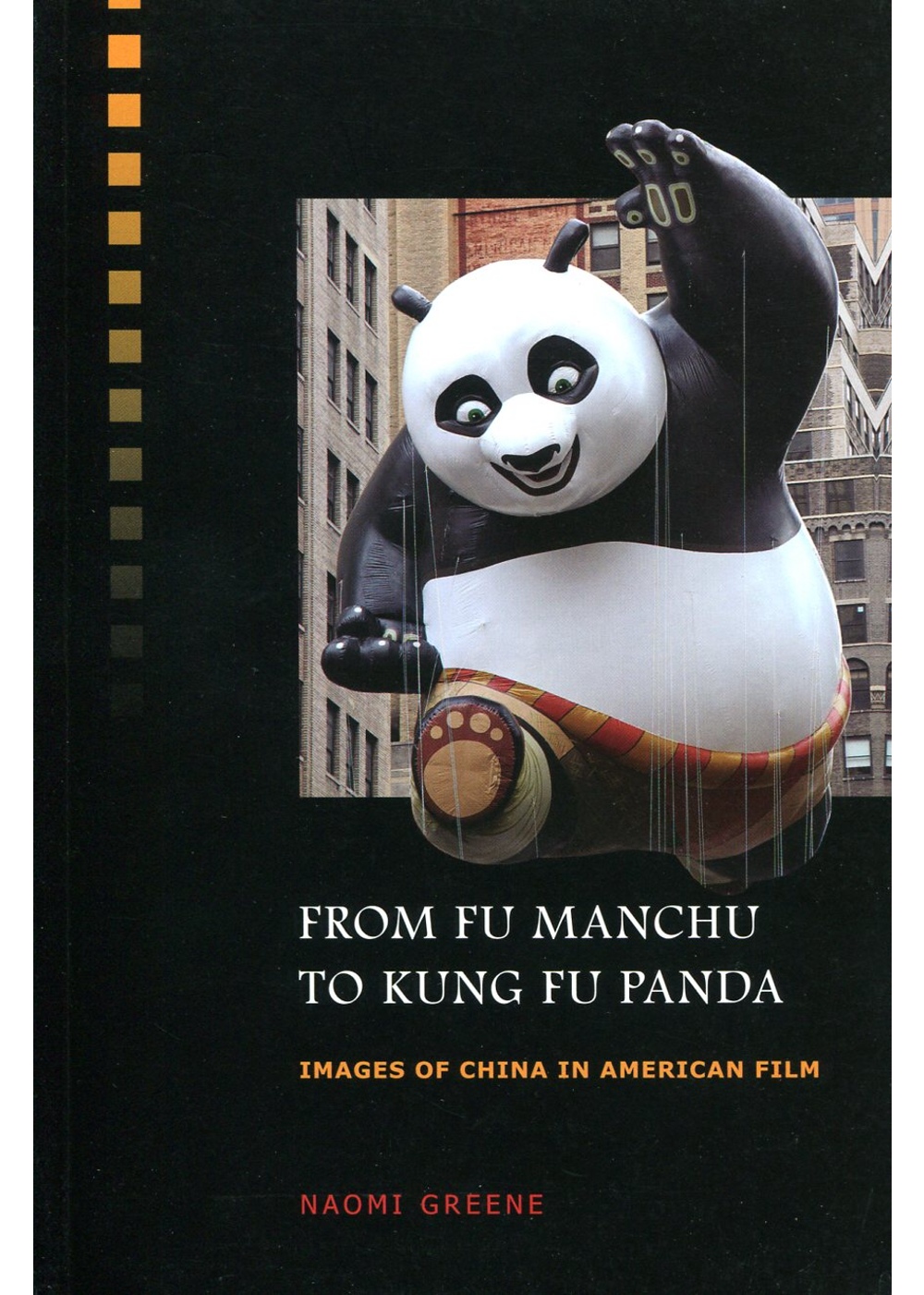 “From Fu Manchu to Kung Fu Panda chronicles the struggle within Hollywood film to come to grips with American ambivalence toward China as a nation against the backdrop of its current economic and geopolitical ascendancy on the world stage. Reaching back to early film portrayals of Chinatown, Christian missionaries, warlords, and perverse villains bent on world domination, Greene moves from the ‘yellow peril’ to the ‘red menace’ as she examines WWII and Cold War cinema. She also explores the range of film fantasies circulating today, from films about Tibet to Chinese American independent features and the global popularity of kung fu cartoons. This accessible book allows these films to speak to the post 9-11/Occupy Wall Street generation and makes a welcome contribution to debates about Hollywood Orientalism and transnational Chinese film connections.”—Gina Marchetti, author of The Chinese Diaspora on American Screens: Race, Sex, and Cinema

“A significant work of filmography, Naomi Greene’s book explores the exotic, at times menacing, but always fantastic images of China flickering on the silver screen of the American imagination. The author writes lucidly, jargon-free, and with the sure-footedness of a seasoned scholar.”—Yunte Huang, author of Charlie Chan: The Untold Story of the Honorable Detective and His Rendezvous with American History

Throughout the twentieth century, American filmmakers have embraced cinematic representations of China.  Beginning with D.W. Griffith’s silent classic Broken Blossoms (1919) and ending with the computer-animated Kung Fu Panda (2008), this book explores China’s changing role in the American imagination. Taking viewers into zones that frequently resist logical expression or more orthodox historical investigation, the films suggest the welter of intense and conflicting impulses that have surrounded China. They make clear that China has often served as the very embodiment of “otherness”—a kind of yardstick or cloudy mirror of America itself. It is a mirror that reflects not only how Americans see the racial “other” but also a larger landscape of racial, sexual, and political perceptions that touch on the ways in which the nation envisions itself and its role in the world.

In the United States, the exceptional emotional charge that imbues images of China has tended to swing violently from positive to negative and back again: China has been loved and—as is generally the case today—feared. Using film to trace these dramatic fluctuations, author Naomi Greene relates them to the larger arc of historical and political change. Suggesting that filmic images both reflect and fuel broader social and cultural impulses, she argues that they reveal a constant tension or dialectic between the “self” and the “other.”  Significantly, with the important exception of films made by Chinese or Chinese American directors, the Chinese other is almost invariably portrayed in terms of the American self. Placed in a broader context, this ethnocentrism is related both to an ever-present sense of American exceptionalism and to a Manichean world view that perceives other countries as friends or enemies

Naomi Greene is a professor emeritus of French and film studies at the University of California, Santa Barbara.