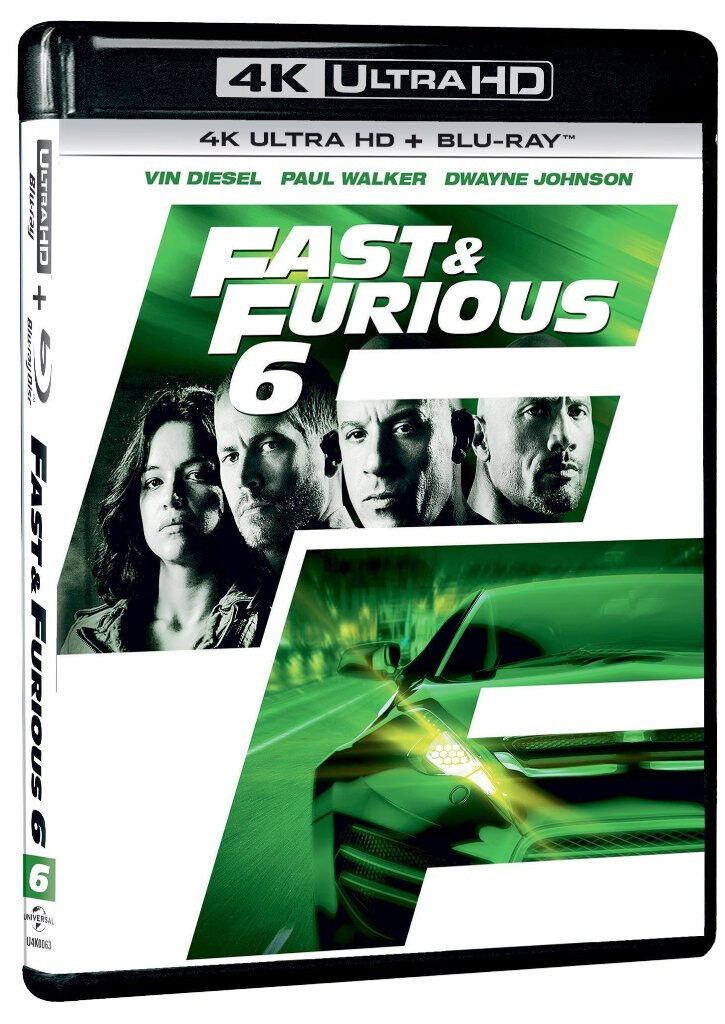 Vin Diesel, Paul Walker, Dwayne Johnson and Michelle Rodriguez lead an all-star cast as the global blockbuster franchise built on speed delivers the biggest adrenaline rush yet in Fast & Furious 6. Hobbs (Johnson) has been tracking an organization of lethally skilled drivers, whose mastermind (Luke Evans) is aided by the love Dom (Diesel) thought was dead, Letty (Rodriguez). The only way to stop the criminal mercenaries from stealing a top secret weapon is to outmatch them at street level, so Hobbs asks for the help of Dom and his elite team. Payment for the ultimate chase? Full pardons for all of them and a chance to make their families whole again.