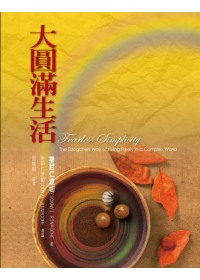 For over 15 years, Tsoknyi Rinpoche has been teaching students worldwide about the innermost nature of mind in the Tibetan Buddhist tradition. Rinpoche is one of those rare teachers whose lighthearted, yet illuminating style appeals to both beginners and advanced practitioners alike. He is truly a bridge between ancient wisdom and the modern mind. His fresh insights into the western psyche have enabled him to teach and write in a way that touches our most profound awareness, using metaphors, stories and images that point directly to our everyday experience. He is widely recognized as a brilliant meditation teacher, is the author of two books, Carefree Dignity and Fearless Simplicity, and has a keen interest in the ongoing dialogue between western research, especially in neuroscience, and Buddhist practitioners and scholars.

Tsoknyi Rinpoche’s activity greatly contributes to the preservation of the Buddha Dharma in the East, while nurturing its growth in the West. His personal warmth and compassionate attention greatly enrich and enliven the depth of our learning experience. His dedication to teaching is based on his belief that the precious Buddha Dharma can bring peace and harmony to the world.

His Holiness the 16th Gyalwang Karmapa recognized Tsoknyi Rinpoche III (the present incarnation) as the reincarnation of Drubwang Tsoknyi Rinpoche II. He is a renowned master of the Drukpa Kagyu and Nyingma traditions and holder of the Tsoknyi Lineage, which is based on Ratna Lingpa’s termas. Rinpoche was born into an unbroken father-to-son lineage of realized Dzogchen masters. His great-great-grandfather was the treasure revealer Chokgyur Lingpa, and Rinpoche was trained in that family tradition by his father since an early age.

Rinpoche was born in 1966 and was recognized as a tulku at the age of eight. When he was thirteen he was brought to Khampagar Monastery at Tashi Jong in India, the seat of Khamtrul Rinpoche. His teachers include some of the most renowned masters of Tibet: Khamtrul Rinpoche Dongyu Nyima, his father Tulku Urgyen Rinpoche, Dilgo Khyentse Rinpoche, Nyoshul Khen Rinpoche and Adeu Rinpoche. Rinpoche is the spiritual head of two nunneries and one monastery in Nepal, as well as one of the largest nunneries in Tibet. He also heads 50+ practice centers and hermitages with over 2,000 nuns and 900 monks that practice the Tsoknyi and Ratna Lingpa Lineages in the eastern region of Tibet (Nangchen). Ngesdon Osel Ling Monastery in Kathmandu is his seat in the East, and Yeshe Rangsal in Crestone, Colorado, is his seat in the West.

The first Tsoknyi Rinpoche was an emanation of Milarepa's disciple, Rechungpa and the Nyingmapa Terton Ratna Lingpa. He was born in Nangchen, Eastern Tibet, in the first half of the 19th century and was a contemporary of the three great lamas of the time: Jamyang Khyentse, Jamgon Kongtrul and Chokgyur Lingpa. He fully mastered the practices of the Six Yogas of Naropa and became the principal guru for the 6th Khamtrul Rinpoche, Tenpa'i Nyima, and the great master Shakya Shri. He excelled in the yogas of the Nyingma tradition of Ratna Lingpa as well, which laid the foundation for establishing many nunneries of this special lineage, which was unique in Tibet.

The second Tsoknyi Rinpoche was born into the family of the King of Nangchen in the first half of the 20th century and received the Six Yogas of Naropa from the 6th Khamtrul Rinpoche. He mastered all the teachings that his previous incarnation held.