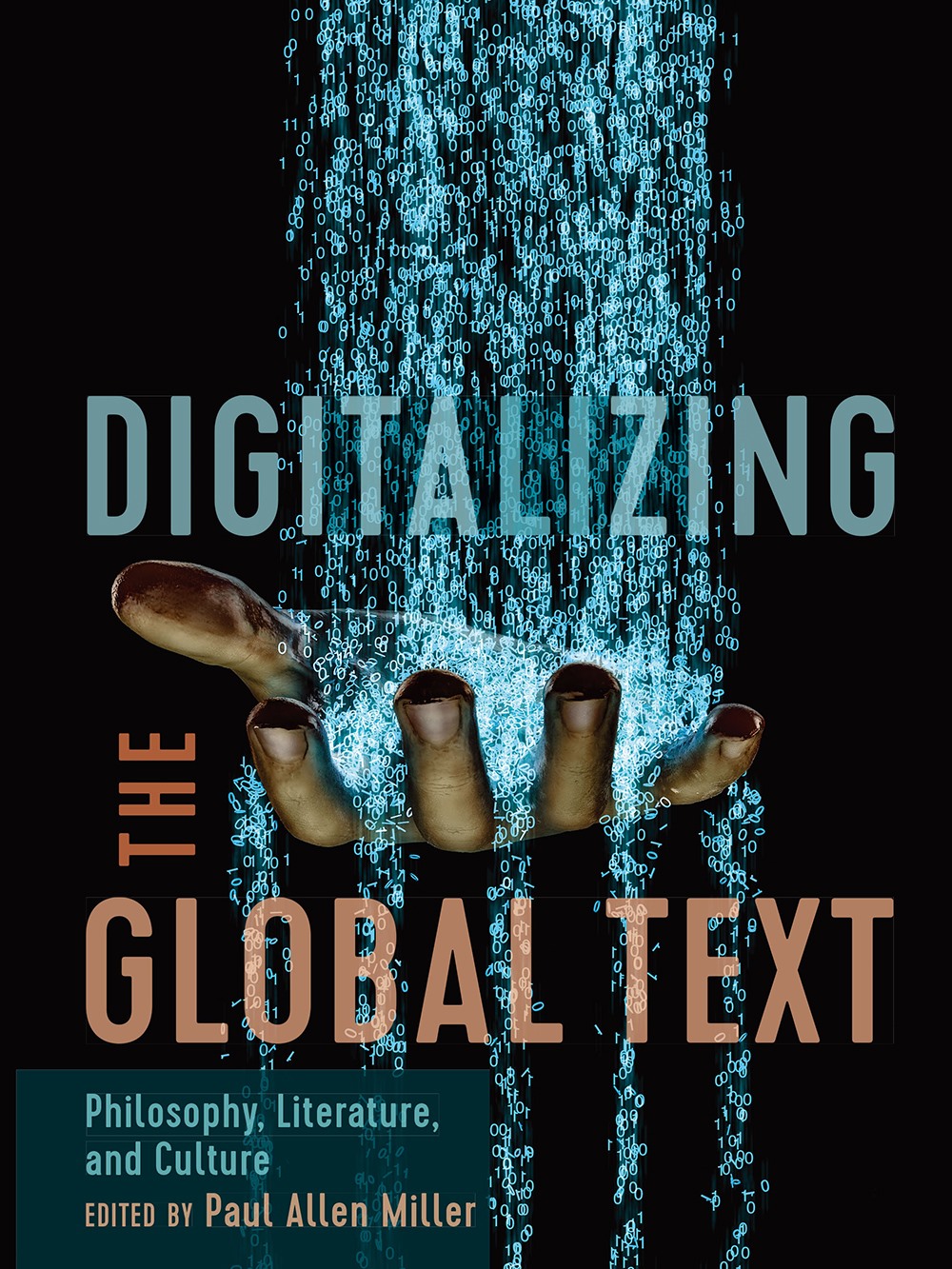 A few years ago globalism seemed to be both a known and inexorable phenomenon. With the end of the Cold War, the opening of the Chinese economy, and the ascendancy of digital technology, the prospect of a unified flow of goods and services and of people and ideas seemed unstoppable. Yes, there were pockets of resistance and reaction, but these, we were told, would be swept away in a relentless tide of free markets and global integration that would bring Hollywood, digital fi nance, and fast food to all.

Nonetheless, we have begun to experience the backlash against a global world founded on digital fungibility, and the perils of appeals to nationalism, identity, and authenticity have become only too apparent. The anxieties and resentments produced by this new world order among those left behind are oft en manifested in assertions of xenophobia and particularity. The “other” is coming to take what is ours, and we must defend ourselves!

Digitalizing the Global Text is a collection of essays by an international group of scholars that situate themselves squarely at this nexus of forces. Together they examine how literature, culture, and philosophy in the global and digital age both enable the creation of these simultaneously utopian and dystopian worlds and offer resistance to them.

“Digitalizing the Global Text is a vibrant volume that explores the paradoxes of the local, the global, and the universal, with particular emphasis on the digital humanities. This wonderful collection of essays from an accomplished global group of contributors will be of wide interest to humanities scholars.”--- Jeffrey R. Di Leo, University of Houston–Victoria

“Traversing historical periods and national boun d aries, with topics ranging from Plato to ‘Gang nam Style,’ the essays in Digitalizing the Global Text represent a vast array of perspectives while resisting the tendency to fetishize or hype the global. This collection represents a major contribution to the study of world literatures and cultures.”--- ROBERT T. TALLY JR., Texas State University

“Digitalizing the Global Text is a splendid contribution to the ongoing work of challenging globalism. Refusing to settle for its dominant neoliberal form, marked by the digitization of knowledge and homogenization of cultural production, this volume pursues alternative forms of life—recalcitrant ones—that do not sacrifice the singularities of the local in their illustration and enactment of the global.”--- ZAHI ZALLOUA, Whitman College

“Digitalizing the Global Text stages a crucial intervention into discussions and debates around globalization and digitalization. How can we begin to imagine anew a
globalization and a digital sphere that do not merely translate into capitalist profiteering? This is the crucial question at once asked and answered by this collection.”--- CHRISTOPHER BREU, author of Insistence of the Material

“This is a timely and forthright collection on what happens to the cultural within forms of globalization and globality. Essays address not just the impact of popular culture but also attempt to understand how thinking itself is recalibrated between the shifting scales of local and global. A template for global cultural critique.”--- PETER HITCHCOCK, Baruch College, City University of New York

Paul Allen Miller (Editor) is vice provost and Carolina Distinguished Professor at the University of South Carolina. He received his Ph.D. in comparative literature from the University of Texas in 1989. He has held visiting appointments at the University of the Ruhr (Bochum), the University of Paris 13, and Beijing Language and Cultural University. He is the former editor of Transactions of the American Philological Association and the author of Lyric Texts and Lyric Consciousness (1994), Latin Erotic Elegy (2002), Subjecting Verses (2004), Latin Verse Satire (2005), Postmodern Spiritual Practices (2007), Plato’s Apology of Socrates (2010) with Charles Platter, A Tibullus Reader (2013), Diotima at the Barricades: French Feminists Read Plato (2015), and Horace (2019). He has edited fourteen volumes of essays on literary theory, gender studies, and topics in the classics and published more than seventy-five articles on Latin, Greek, French, and English literature and philosophy. He is currently at work on a book on Foucault’s late lectures on antiquity.