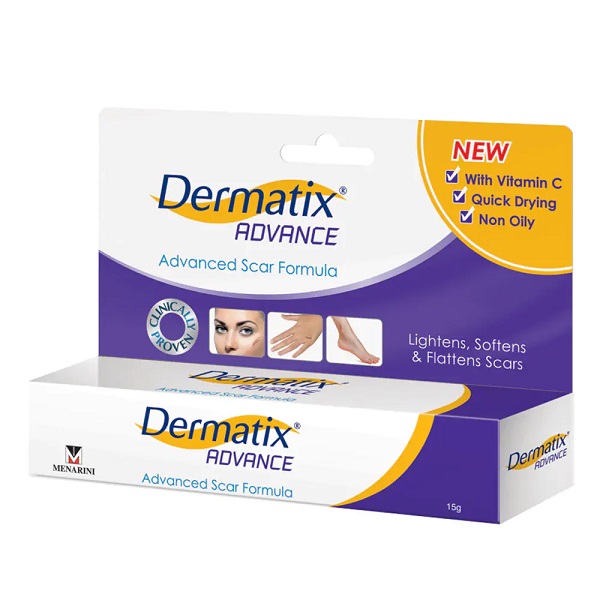 Ideal for different types of scars
A silicone gel with innovative CX5 technology which lightens, softens and flattens your scars. The vitamin C provides protection against harmful rays, thus allowing scars to heal over time. You will feel a non-greasy, soft and silky texture after every use. With regular usage, your scars will soften over time.
FREQUENTLY ASKED QUESTIONS
How does Dermatix® Advance work?

Dermatix® Advance is a new advanced scar formula that is clinically proven to lighten, soften and flatten scars.

Will Dermatix® Advance help heal old scars or just new scars?
Dermatix® Advance works best on scars that are less than 2 years old. It may also work on older scars, as long as there are still signs of healing such as redness, itching, irritation or continuous growth of the scar.

Are there any restrictions on the use of Dermatix® Advance?